From initial quotation to completion of the project

We ensure that all our jobs are managed efficiently, are on-time and on budget. We value our clients, employees and reputation above all else and we pride ourselves on staying committed to all three at all times.

From initial quotation to completion of the project

We ensure that all our jobs are managed efficiently, are on-time and on budget. We value our clients, employees and reputation above all else and we pride ourselves on staying committed to all three at all times.

We cover all aspects of building work from small jobs to large extensions and renovations.

Gas installations, Gas and oil servicing, bathroom refurbishments and all your other plumbing needs.

Established in 1981, McLaughlin and Woods Ltd. have accumulated a vast array of knowledge and experience about the construction industry. Starting out, Tom McLaughlin and Gerard Woods, worked nights and weekends painting, decorating and tiling. Over time however, their hard work led to McLaughlin and Woods becoming a well known and well trusted building firm in the greater Belfast area and beyond. In the early 2000's, McLaughlin and Woods expanded into plumbing and heating, bringing the same high-quality professional service to a wider range of clients.

​From initial quotation to completion of the project, we ensure that all our jobs are managed efficiently, are on-time and on budget. We value our clients, employees and reputation above all else and we pride ourselves on staying committed to all three at all times. With the majority of our work coming from repeat clients or word-of-mouth recommendations we treat every job as important as the next because: "We're only as good as our last job."

What Our Customers Say

"McLaughlin and Woods started our house renovation in early February 2021.  Gerard and his team from the outset were very professional, efficient and timely on all delivery milestones. We had weekly team meetings and they were excellent in keeping in contact outside of this. When any issues arose McLaughlin and Woods were always on top of the problems, always consulted us with any concerns and adjusted plans to suit our needs.

Their team were always courteous and professional and provided a very high standard of work. We moved back into our house 10 months (only a month after our projected date) and Gerard and his team were constantly at hand to sort out any issues or snags.

I would recommend McLaughlin and Woods to anyone planning a renovation. They are a trustworthy and reliable team."

"Countrywide Freight Groups business relies on the reliability and cost effectiveness of its suppliers. McLaughlin & Woods Building Contractors have over the years ensured all our repairs & new builds have been met on a reliable & efficient basis. They provide us with the support needed to meet our demands for the upkeep of our Northern Ireland sites supplying us with an unrivaled service. I have no doubt we will continue to use this service for many years to come".

McLaughlin & Woods completed a major refurbishment of our house in 2008. The work was invasive and extensive and we moved out for the duration. However, what should have been an extremely stressful period of time was made easy by the professionalism and competence of Gerard, Tom and their team.

Throughout the completion of the project, work commenced every day at 8am and the team diligently worked through until 4pm. There were no times when the workers were taken off this job to do anything else. Break times were strictly adhered to with no endless cups of tea to distract the workers from the job in hand. And even though we were not living in the house at the time we popped down from time to time to see developments and were struck by the fact that the team left the house tidied and clean every day. The building work was completed to the highest standard. We also incorporated some of Gerard's ideas, which we had not considered ourselves, and our house with its new bathroom and two additional shower rooms is more that fit for purpose for us and our four children. The extended kitchen has given the house new heart and has been finished to the highest specification.

I found that the good communication between us and both Gerard and Tom very reassuring as the work progressed. Both of them were always on hand to discuss progress or new ideas.

Two things impressed my husband and I in particular was firstly that the work was completed within the agreed timeline and on budget. The second was the level of dedicated follow up care and attention to detail during the traditional 'snagging period' , which in our case was short, thanks to the standard of the original work. I have absolutely no hesitation in recommending McLaughlin and Woods, for a job well done and peace of mind".

"My wife and I purchased a house in 2010 which required major work to make it habitable Not being from Belfast originally, we didn't know any local builders and we were worried about getting a reputable, competent and trustworthy one. The work needed to be completed in a small time frame as we were expecting a baby. Gerard and Tom were excellent in understanding our needs and were always available to take our calls and give advice. Moreover, they and their team worked tirelessly to ensure we got into the house before the baby was born. True to their word, they also remained in contact after everything was complete, to answer questions or follow-ups that we had. We couldn't be more satisfied with the service and finishing from McLaughlin & Woods".

“McLaughlin & Woods have undertaken a number of major renovations, extensions and rebuilding works for me within Belfast and Northern Ireland. They have an experienced team with a regard for attention to detail, patience and personal co-operation. I have only the highest praise for their work. If you want a job done efficiently, on time and on budget and above all with no hassle, look no further than McLaughlin & Woods”

"We are a well established firm of estate agents (1938) and by trade have needed the back up of solid building contractors. We first came across Mc Laughlin&Woods in 1983. They had been doing work for a neighbour. As our previous building contractors had retired- we were in the market for a builder with whom we could grow and build our reputation with. McL&W have been with us since. Apart from their reliability and trustworthiness - the quality of their work is impeccable, and reasonably priced. We have never hesitated in recommending them to friends and neighbours as well as landlords- as they provide the strong backbone necessary for our business".

"I am very glad that I chose McLaughlin and Woods to complete the major works on my house. They started the job on the day they promised and worked relentlessly until it was completed, on time. The partners Tom and Gerard were helpful, honest and reliable and their squad of craftsmen and labourers were supervised well and were a credit to the company. The work was completed to a very high standard. The partners cooperated well with the architect and with the firms we chose to install items that were not part of the original contract (kitchen units, granite worktops, limestone flooring, PVC fascia and guttering etc). Overall, the project was very well managed and executed and I would not hesitate to recommend McLaughlin and Woods to anyone planning improvements or extensions to their home".

Let us improve your property

Thinking about a project? Not sure as to the steps you need to take? call is for s consultation, We're here to help. 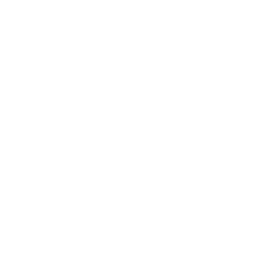 We are approved by the FCA to offer finance on certain gas installations and conversions in a variety of circumstances – please get in touch to find out more.

McLaughlin & Woods Ltd are authorised and regulated by the FCA as a credit broker only. We are not a lender. Credit facilities offered from one lender. Co No: NI627251 VAT No:216086520

McLaughlin and Woods Ltd. value our employees as our most important resource. Without our team members at all levels we wouldn't be able to function. We are always on the lookout for motivated, attentive and dedicated staff who want to advance in their careers, learn new skills and further both their professional and self-development.

If you are interested in joining our team please forward your CV and cover letter to our e-mail address listed above and mention careers in the subject heading.

​We look forward to hearing from you.